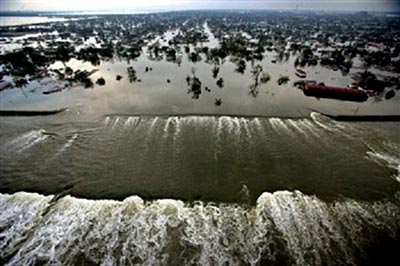 A generation after the Civil War, the rural town of Greenville, Miss., was considered a good place for African-American families to work and call home. There was a lot of rich farmland and employment opportunities were plentiful. Compared to most places in the South, the issue of race didn’t dominate the agrarian existence of the residents. Even the Ku Klux Klan was discouraged from having demonstrations anywhere near the town.

verything began to change in April 1927. After an especially wet winter and spring that year, the Mississippi River tipped its banks, forcing more than 13,000 farmers and black sharecroppers to the top of an unbroken levee near Greenville, where they encamped for days without food or clean water.
When rescuers arrived, only 33 white women and children were permitted to leave. White planters, fearing the disappearance of the Mississippi Delta’s labor force, detained the black sharecroppers, who were forced at gunpoint to help with relief efforts.
The river’s torrential rise was of extreme concern in New Orleans, where it was feared that a few broken levees would destroy the city. Mayor Arthur J. O’Keefe, with the backing of the white business establishment, ordered 30 tons of dynamite to be detonated on the levee at Caernarvon, La., to divert the anticipated floodwaters south of New Orleans. As it happened, the demolition was unnecessary; levee breaks farther upriver had reduced the flood threat to the city. However, the diversion sent water streaming into largely black areas, such as St. Bernard Parish, which became submerged. Although the mayor pledged restitution to the thousands of poor black families who lost their homes and livelihoods, very few were ever compensated and many never returned.
The Great Flood of 1927 saturated 27,000 square miles and forced the dislocation of more than 700,000 people, 400,000 of them black. The flood drove a great migration of Southern blacks northward, transplanting them to cities such as Chicago and Detroit. The ramifications, both political and economic, resonate today.
The urbanization of the nation’s African-American population began with the flood of ’27, says Rex Campbell, a professor of rural sociology at MU.
“In the early 20th century, there were only a small percentage of African-Americans in cities as most lived an agrarian lifestyle,” Campbell says. “Now, the African-American population is primarily urban, a complete reversal.”

ew Orleans was a much different city in August 2005 when Hurricane Katrina, a Category 4 hurricane bearing 155 mph winds, came ashore near Biloxi, Miss. But, as with the aftermath of the Flood of 1927, some of the greatest hardships fell on black residents.
Katrina drove 1.5 million people from Louisiana, including Raymond Wagner, a St. Bernard Parish native who, five days after the storm, found himself at small hotel in Pearl, Miss. At the time, Wagner seemed confident that the federal government would do what it could to save New Orleans.
“When we go back, maybe we’ll have a reunion,” Wagner announced to a group of evacuees gathered outside the hotel. “The city ain’t gonna go away.”
Gulf Coast evacuees dispersed to more than half the 50 states; at least 12,000 people remain homeless.
Nearly 500 people made their way to Columbia in the wake of Katrina, according to the Columbia/ Boone County chapter of the American Red Cross; about half are still here. Overall, about 17,000 evacuees were in Missouri at the peak of the crises, say the state Emergency Management Agency.
More than two dozen members of the Owens family fled New Orleans just hours before the levees ruptured, arriving in mid-Missouri to seek shelter with their 68-year-old matriarch, Birdell “Birdie” Owens.
“Hell hit and they came runnin’ to mama,” Owens recalled.
Most of them have returned to New Orleans: only seven of the 25 children, grandchildren and great-grandchildren who came north remain, most of them around Mexico, where Birdie settled eight years ago.
Owens says she will be returning to New Orleans, where she spent most of her life, for the annual Mardi Gras celebration. In part, she’s going so that she can show one of her daughters, who longs to live in New Orleans again, that the city might never be the same again.
“I keep telling her that CNN ain’t showing everything,” Owens says. “They’re still finding bodies. It’s awful.”
While many Gulf Coast residents — including Mississippi Sen. Trent Lott, whose beach house was destroyed — plan to return and rebuild, the same cannot be said for the residents of New Orleans.
Loren Scott, a Louisiana State University professor emeritus of economics, predicts that 515,000 of Greater New Orleans’ 1.3 million residents will be permanently displaced, forced to rebuild their lives in strange and, in some cases, inhospitable places.
Scott’s view is optimistic compared to some predictions, such as that of John R. Logan, a professor of urban sociology at Brown University. Logan expects that while half of the displaced white residents will return, about 80 percent of the black population that was evacuated will never call New Orleans home again.
Campbell agrees. More than half of all housing units in New Orleans were rental properties that will probably never be rebuilt or replaced, he says
“A lot of New Orleans’ younger citizens are unlikely to ever come back,” Campbell says. “There remains a good possibility that a reasonable number of the city’s poor older population may return due to stronger ties to the area, but then again, where will they go? And will the mistreatment they endured be too great?”
For many observers, what happened in New Orleans six months ago magnifies two intractable problems in America: poverty and race. A report issued last week by congressional investigators that criticized the Department of Homeland Security and Federal Emergency Management Agency for its slow, inadequate response to the disaster was hardly news to the many residents who blame the government’s ineptitude on a systematic disregard of a largely black and poor population.
“I see what has happened in New Orleans as a watershed event,” says Julius Thompson, chairman of Black Studies at MU. “The results of the flood indicate the economic, political and social condition of the African-American in the U.S. and how the age of discrimination has not yet passed us by.”

hile the Flood of 1927 led to new opportunities for many black families, it devastated the lives of blacks who remained in the Deep South. Most breadwinners had to work two or three jobs to earn a living. Many signed exploitative contracts for labor that barely covered their family’s food, clothing and shelter needs, says John Barry, author of “Rising Tide.” Their situation came to be known as wage slavery. Efforts to escape it were hit or miss.
“In the North, there was greater racial tolerance, and the living conditions were often superior,” Campbell says. “Elsewhere in the country, there was a considerable push factor by whites ¬— a sort of ‘anywhere but here’ mentality, which included Missouri.”
Those who followed the Mississippi River north to St. Louis found that housing was scarcely available and, should luck prevail, was generally of a poor grade. Prospects for employment were mediocre at best and educational opportunities for the most impoverished were nonexistent.
“People with wealth wouldn’t allow for it,” Campbell says. “To prevent an influx they would even go so far as to raise taxes.”
The glaring social inequities that followed “The Great Migration” helped fuel an influential black arts movement, most notably the Harlem Renaissance. The black protest novel was pioneered by native Mississippian Richard Wright, Zora Neale Hurston and others, who described blacks’ dehumanizing existence in a world dominated by whites, without justice or sanity.
But perhaps the most persistent and widespread expression of the common plight of American blacks is the blues. Born in the Mississippi Delta from slave songs and indigenous rhythm, it led to the birth of jazz in New Orleans, and after a gritty evolution in Chicago, it became the cornerstone of rock and roll.
Whatever its form, the blues is solemn; a music that speaks to the indignities borne by people who felt they never had a home. Blues scholar Paul Oliver, author of “Blues Fell This Morning: The Meaning of the Blues,” has described the music as “the wail of the forsaken, the cry for independence, the passion of the lusty, the anger of the frustrated and the laughter of the fatalist. It is the anger of indecision, the despair of the jobless, the anguish of the bereaved and the dry wit of the cynic.”
According to Barry, a distinguished visiting scholar at the Tulane/ Xavier Center for Bioenvironmental Research, the 1927 flood helped trigger a shift in allegiance among blacks from the Republican to the Democratic Party, paving the way for the New Deal. The federal government had no interest in disaster relief when the Mississippi Delta flooded in 1927, Barry wrote in “Rising Tide.” But the disaster so overwhelmed local governments and private organizations that the Coolidge administration launched a relief effort that eventually became an obligation. The responsibilities of the federal government would never be the same.
“It shattered the myth of a quasi-feudal bond between Delta blacks and the Southern aristocracy,” Barry wrote, “in which the former pledged fealty to the latter in return for protection.”
The relief effort was massive but uneven, Barry reported, with inequities largely falling along racial lines.

o far, however, recovery has been agonizingly slow. Approximately 8,000 residents have returned to a city where, in many places, tap water must be boiled and power is unreliable at best.
Birdie Owens fears that all the talk about restoring New Orleans to its former glory is a smokescreen, meant to emphasize Congress’s authorization of $12 billion for reconstruction rather than the long-term welfare of its residents.
“If a Category 5 hits, New Orleans won’t be but an island,” Owens says.
Nagin seems more optimistic about the future of New Orleans than he did five months ago, when he was among those who suggested race was behind the government’s lackadaisical response. In an interview with CNN, the mayor told residents scattered around the country, ‘It’s time for you to come home,’” he said. “We now have the commitment and the funding for hurricane protection at a level that we have never had before.”
The torrent of water still inundates the memory of Wagner, 45, as he stands slackly outside of a Best Western in Pearl, Miss. It’s Sept. 3 and nearly a week has passed since Wagner was forced to leave his home in St. Bernard Parish, located just outside of New Orleans. Floodwaters overran virtually every structure in the parish in less than 15 minutes. In all, 127 of the Parish’s 67,000 residents died as a consequence of Katrina. For countless others, their very livelihoods have become sodden with misery.
Wagner’s watch says it’s nearly 11 in the evening, the time when evacuees at the Best Western venture outside in an effort to create a sense of community at the overcrowded motel. Slowly, he clamps his teeth around a cigar and takes a drag.
“Last I heard, the water was 12-feet high in the parish,” Wagner says, exhaling a rivulet of smoke.
Wagner is accompanied by two others who immediately vocalize their disdain.
“This place sucks,” one says.
“Well, I want to go home,” says another, “but I don’t want to go back there.”
Nearby, Wagner’s girlfriend is noticeably dismayed, her tear-drenched eyes turned downward.
Wagner angrily plucks the cigar from his jaws.
“You’ll all be back,” he says with an upright swagger, “You’ll see, it’ll be better than ever.”
The growing crowd falls silent.