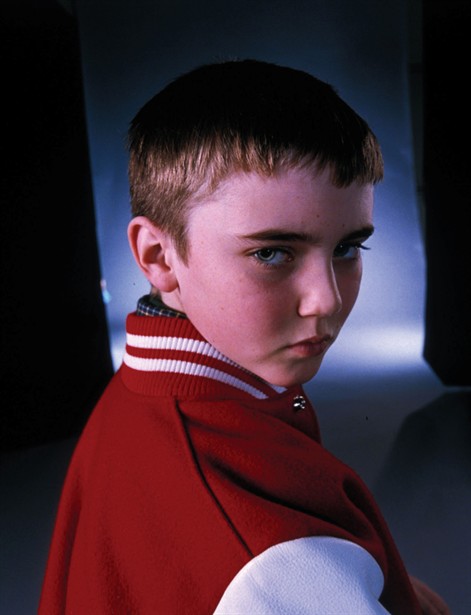 I left more dejected than when Mark Mangino realized that his ploy to kidnap Philip Rivers prior to the Tangerine Bowl match-up pitting his Jayhawks against the North Carolina State Wolfpack was thwarted.

“Godsend” was a film that had great potential. The concept of cloning another human is an intriguing and frightening premise. Director Nick Hamm is revered as one of Britain’s foremost authorities in theatrical direction, though “Godsend” marked his first major venture in filmmaking. The casting of Robert De Niro as the enigmatic Dr. Richard Wells seemed like a superb call.

As it turns out, “Godsend” is one of the most pathetic excuses in horror ever to stain celluloid.

Ever desperate for cheap thrills, “Godsend,” contrary to its title, is a hastily produced picture sent via the moviemaking underworld.

The film impatiently attempts to duplicate the creepy success of M. Night Shyamalan’s “The Sixth Sense,” only to find itself laughably arduous. The sights and sounds that unfolded around Haley Joel Osment’s character in “The Sixth Sense” genuinely were disturbing.

In “Godsend,” witnessing gangrenous arms poke out of the shadows is about the only slightly bothersome imagery. (Which makes no sense because it never is explained. Is it purely for shameful kicks?) I don’t understand why this film was given a PG-13 rating. The jackals in “The Lion King” were creepier than anything in this movie. I have grade-school cousins who wouldn’t twitch a muscle in fright.

As a matter of fact, “Godsend” is so rancidly trite and clichéd that it makes Brian DePalma appear wholly original in his directorial endeavors. Thankfully, I was flanked by an immensely attractive woman to my left, or else I might have left the theater pondering, “If there is a God, why does he let such cinematic filth exist?” or “My God, I just aimlessly discarded two hours of my life.”

It’s true when I say I am not your typical alpha male that feels he must suppress his inner fears and portray John Wayne when viewing a scary movie. Instead, I try to set myself up to be terrified witless. Time and time again, I erected the dominoes to scaredom during “Godsend” only to be disappointed when the knock-over effect came to a halt midway. I left more dejected than when Mark Mangino realized that his ploy to kidnap Philip Rivers prior to the Tangerine Bowl match-up pitting his Jayhawks against the North Carolina State Wolfpack was thwarted.