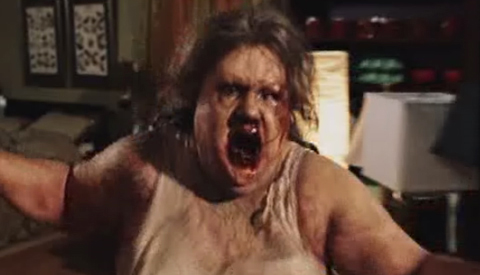 Dawn of the Dead

I mean, for heaven’s sake, there’s one scene where a badly bitten quarter-ton woman is hauled into the safety of the mall in a wheelbarrow, only to perish and become a feisty, running-on-all-cylinders flesh-craver.

It is now official. The age of subtlety, patience and intelligence in the horror industry is dead and, unfortunately, it won’t be resurrected anytime soon. To view George Romero’s 1978 masterwork “Dawn of the Dead” before watching the remake puts this case in point.

Romero’s film, though seemingly clear-cut on the surface, was really an evocative, satirical sketch on all that had gone awry in America. While representing an assault on consumerism, as the zombies symbolize mindless, impulsive shoppers drawn to the place they most vividly recall in life (the mall), the film was also a moral condemnation of corporations and media outlets. Romero also addressed the significant concern of racism at the time.

In the astounding first seven minutes of the remake, set in apocalyptic pitch to Johnny Cash’s number “The Man Comes Around,” it appears this film might outdo its predecessor. It doesn’t. After hitting hard early, the film gradually tires and wilts in the later moments like Mike Tyson. Whereas the original film had a faultless blend of mordant humor and shock, the remake is wholly deficient. It simply comes up short in wit and quirkiness.

Accompanied by a bawdy electronic musical score by the Italian band Goblin, the original picture had no reservations in revealing cannibalistic acts with a sprig of silly. This was evident in one of my favorite scenes in which a looting biker deposited a quarter and slipped his arm into a sleeve to have his blood pressure tested. After fending off several zombies with a pistol discharge to the skull, he was soon overwhelmed and eaten alive. Moreover, his arm was torn from its socket and remained in the blood-pressure sleeve. Seconds later a beep-beep sounded, and his blood pressure registered as 0.0.

Furthermore, the viewer had the pleasure of becoming somewhat acquainted with the zombies. There was the Afro-sportin’ Dr. J look-alike zombie, the perpetual on-the-go nurse zombie and my undead-of-preference, the exceptionally clever Hare Krishna zombie.

This characteristic is sorely lacking in the remake. Instead of becoming personalized, the zombies are depicted as a fleeting mass. This sort of presentation works well if the subjects are birds, but I’m not so sure about former human beings.

Speaking of fleeting, I guess zombies that creepily lurch about at a tortoise-like pace are taboo in the minds of the MTV generation. The demand these days calls for zombies that tirelessly sprint in search of living human flesh at speeds that would make Willie Mays Hayes envious.

Taking into consideration that these zombies are demonically super-charged, how is it physically possible that obese members of the undead can somehow run down an automobile? I mean, for heaven’s sake, there’s one scene where a badly bitten quarter-ton woman is hauled into the safety of the mall in a wheelbarrow, only to perish and become a feisty, running-on-all-cylinders flesh-craver. I don’t get it.

With all else aside, the remake is extremely entertaining. Just be sure to downshift your mind into a passive gear beforehand.