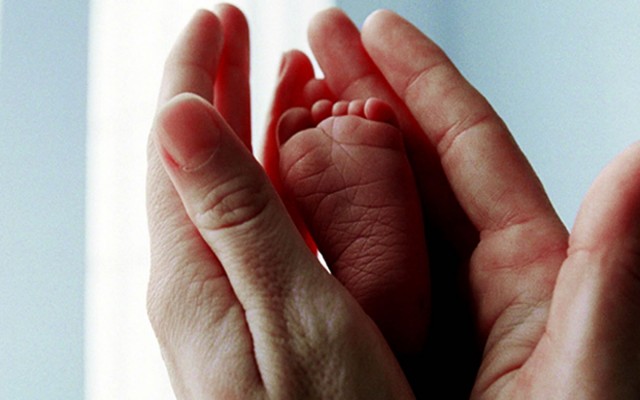 The Tree of Life

Where were you when I laid the foundations of the Earth?…When the morning stars sang together and all the sons of God shouted for joy?”

“Where were you when I laid the foundations of the Earth?…When the morning stars sang together and all the sons of God shouted for joy?” It is this passage from Job, this great riddle, that begins the film “The Tree of Life,” director Terrence Malick’s most daring and rewarding film to date. So often, the greatest art is autobiographical: if it doesn’t deal directly in past experience, the art is a derivative of it. Memory may reveal a happening that frightened us, alerting us to the inevitability of death, or it may recall a dream red-hot in its vividness. “The Tree of Life” is more an impressionistic rendering of boyhood memories than a narrative.

Jack (Sean Penn) is a man whose faith is well hidden. He cannot find it in his lover nor his creation: a glass skyscraper with lines that intersect and obstruct, a monolith that thwarts flocks of migrating birds. It is a monstrosity enlightened only by trees in a courtyard of manicured concrete. It reminds Jack of a message from his mother, Mrs. O’Brien (Jessica Chastain) upon planting a sapling when he was a child: “you’ll be grown before this tree is tall.” When did he go astray? Was it the death of his youngest brother, R.L., as true and kind as any of God’s creation, at age 19? Or was it before that? Such is the subject of “The Tree of Life.”

To find the answers he seeks, Penn revisits the beginning of not only his own conception and that of R.L. but the initial lighting in the darkness: the formation of the universe. “How did I lose you?” Jack inquires. “Find me” is his brother’s challenge. Cosmological clouds pilot forth, at times taking on human dimensions, the bodies pulsing with electricity. They are in juxtaposition to an earlier shot of the Dallas skyline, where nighttime traffic casts streaks of light that hint at a modern world of aimless hustle and bustle. Malick retraces all of history, shifting from the universe at large to earthly happenings: the first single-cell organisms, dinosaurs, the original act of mercy, mass extinction, rebirth.

Once Jack and his brother are old enough to understand, they are given a charge by their mother: “in man’s palace, there are two ways through life: the way of nature and the way of grace. You have to choose which one you’ll follow.” The film is a mosaic of judgments, some graceful and some self-serving or self-destructive. If his mother represents grace in her giving disposition, his father, Mr. O’Brien (Brad Pitt), is nature. He is embittered by a musical career that never took root. He is wary of the good will in others while never missing a day of church, where the organ is his exodus to the divine. Mr. O’Brien etches lines in the dirt that mustn’t be crossed and disciplines his sons for slamming the screen door while he is envious of a real estate tycoon and bangs the screen door at his leisure. He is opposed to foul manners: poor posture at the dining room table, speaking when not spoken to. He warns his sons against the naivete of his wife’s compassion, when he is the first to react when a boy disappears beneath the depths during a trip to the local swimming hole.

The boy ultimately dies, leading to Jack’s first flirtation with doubt. Mr. O’Brien’s grace is restored when he is laid off from a job he pled loyalty to for decades. Finally, he speaks words his sons never heard: “you’re all I have; all I want to have.” Then there is R.L., the one most like his mother, who died unrighteously. From a young age, Jack recognizes that there is a goodness in R.L. that is foreign to him; he mirrors his father. When the neighborhood boys gesture at a pane of glass, he is the one to cast the stone. He incessantly bullies R.L., who lacks the primal instinct to defend himself. Yet, he knows right from wrong: that while it’s OK to mimic the town drunk, it’s another matter entirely to ridicule a man whose dragfooted gait is not of his own doing. Is there hope for Jack? Must he abolish all that he’s become to find the true path? “For everyone who asks, receives; he who seeks finds; and to him who knocks, the door will be opened.”